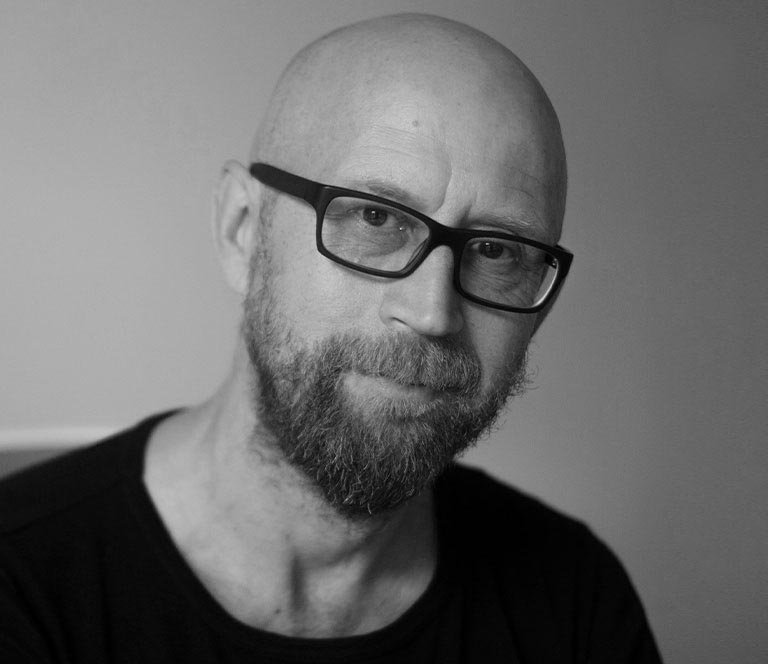 In 1990 he graduated from Kharkiv University of Civil Engineering with a degree in architecture. He lives and works in Kharkiv (Ukraine). In 1991-1997 he pursued a career of an artist, and in 1997 he established “Drozdov & Partners” architectural practice. The office works on a wide international scale (South Korea, France, Switzerland, the USA, Spain, Kuwait) and embraces the philosophy of critical artistic pragmatism.

He was one of the authors and reviewers of a course project in Columbia University GSAPP in 2011. In 2017  he founded Kharkiv School of Architecture, the first private architectural school in Ukraine. Currently, he is a key tutor at the department of techniques and technology, and he focuses on the search for a new understanding of tectonics.

He curated Ukrainian projects at the Rotterdam Biennale of Architecture “The Flood” in 2005 (“Monisto” research project that explores Odessa seafront development) and Moscow Biennale of Architecture in 2012 (“Circumstances” project that traces the “lifelines” of some of our built projects). He was also in charge of “Terralogia” art project (Kyiv, Kharkiv, 2015) and “Patiologia” project (Kyiv, Kharkiv, 2007) which was an in-depth research into the nature of patio houses.

He is also one of the experts of EU Mies Award.